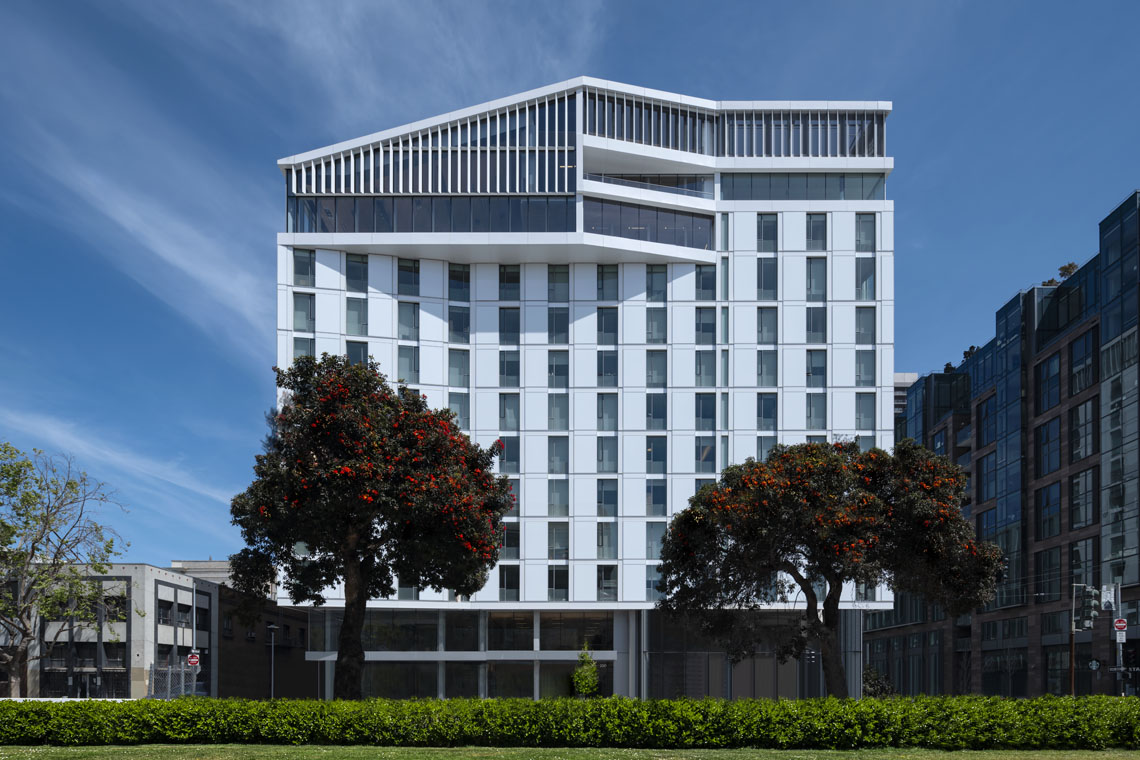 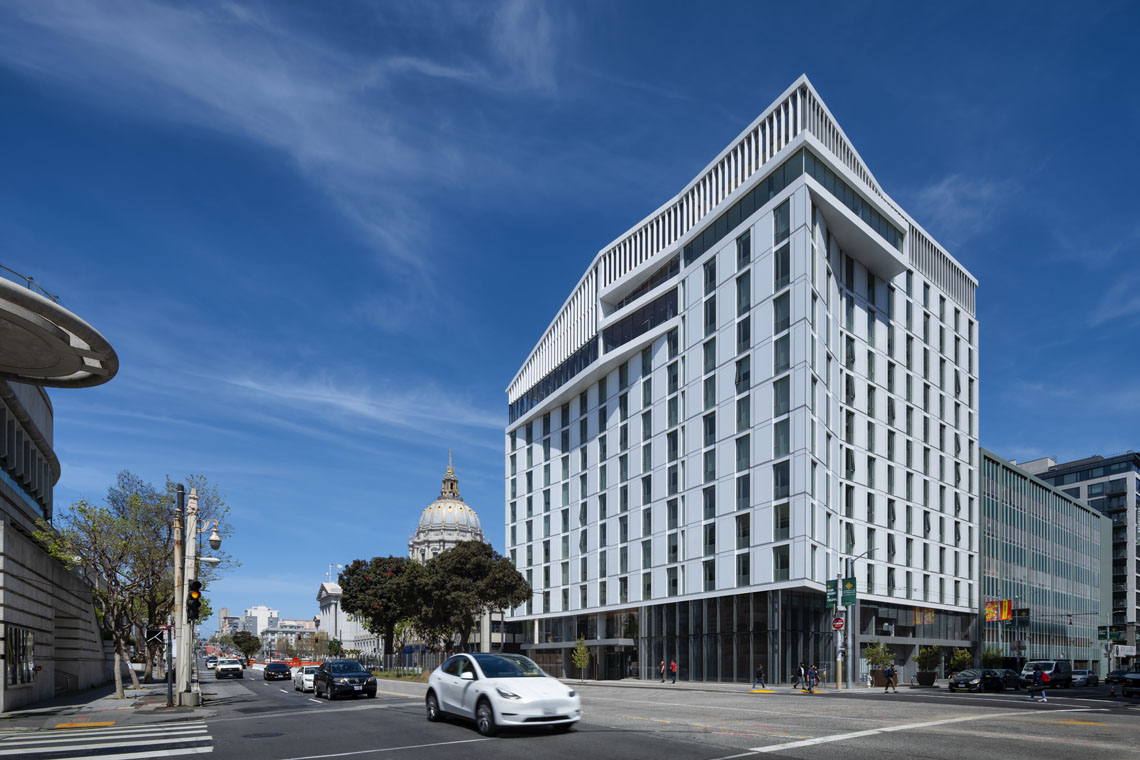 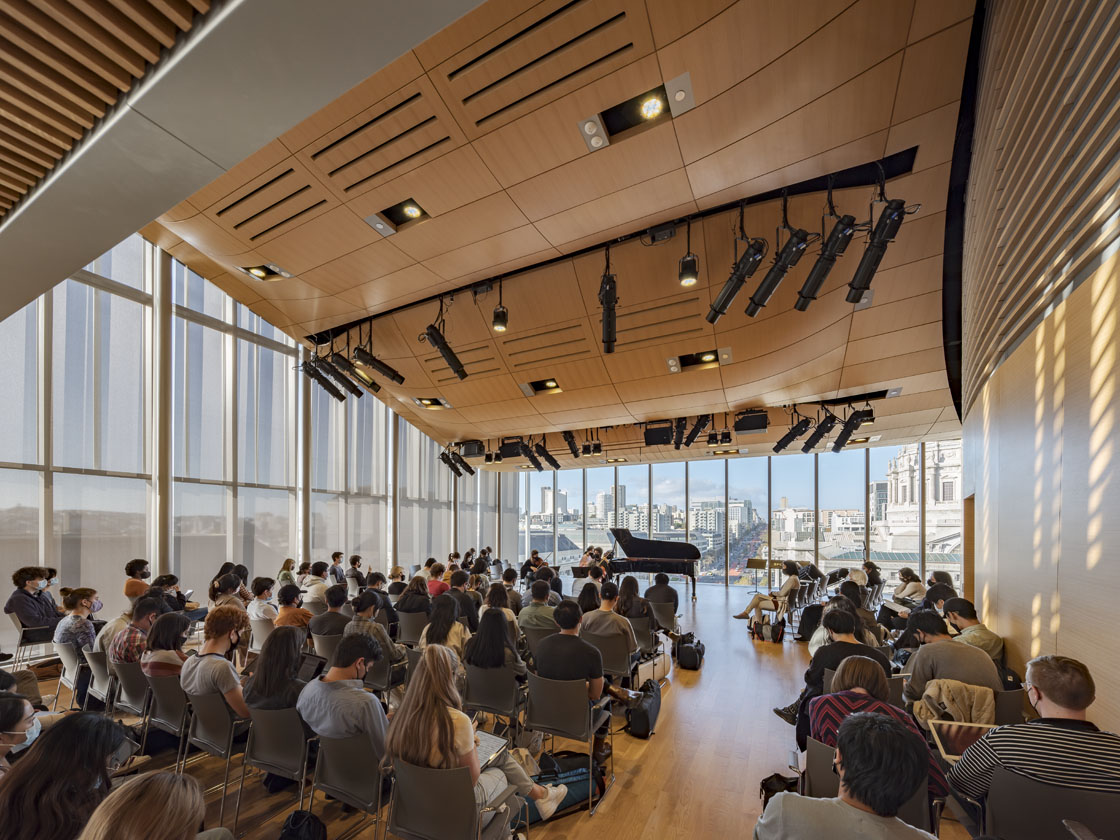 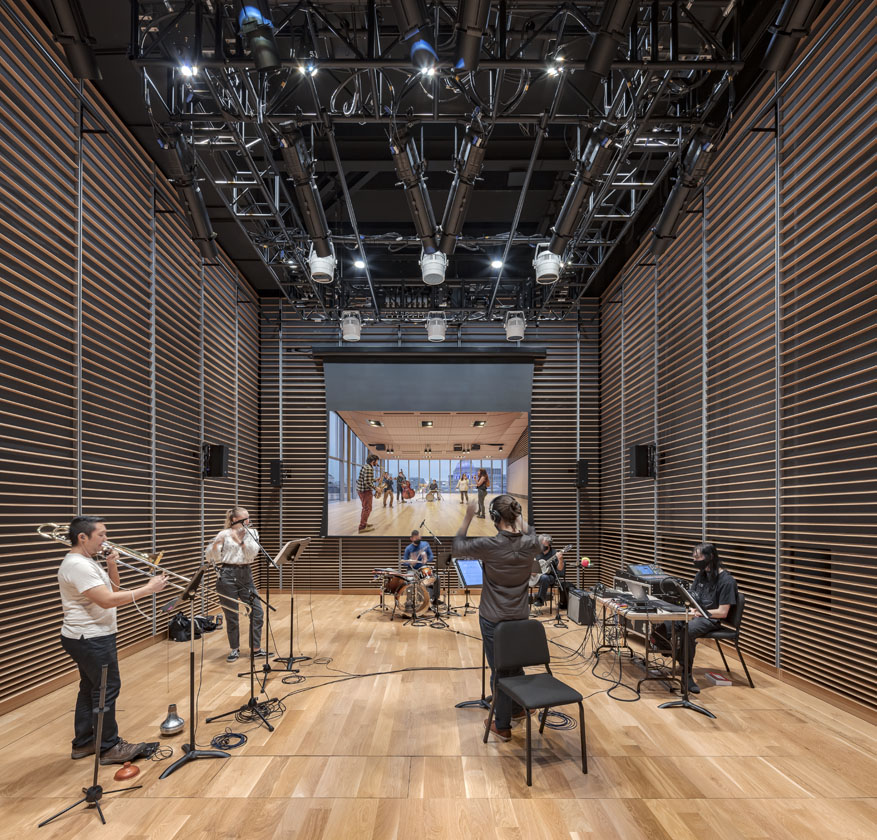 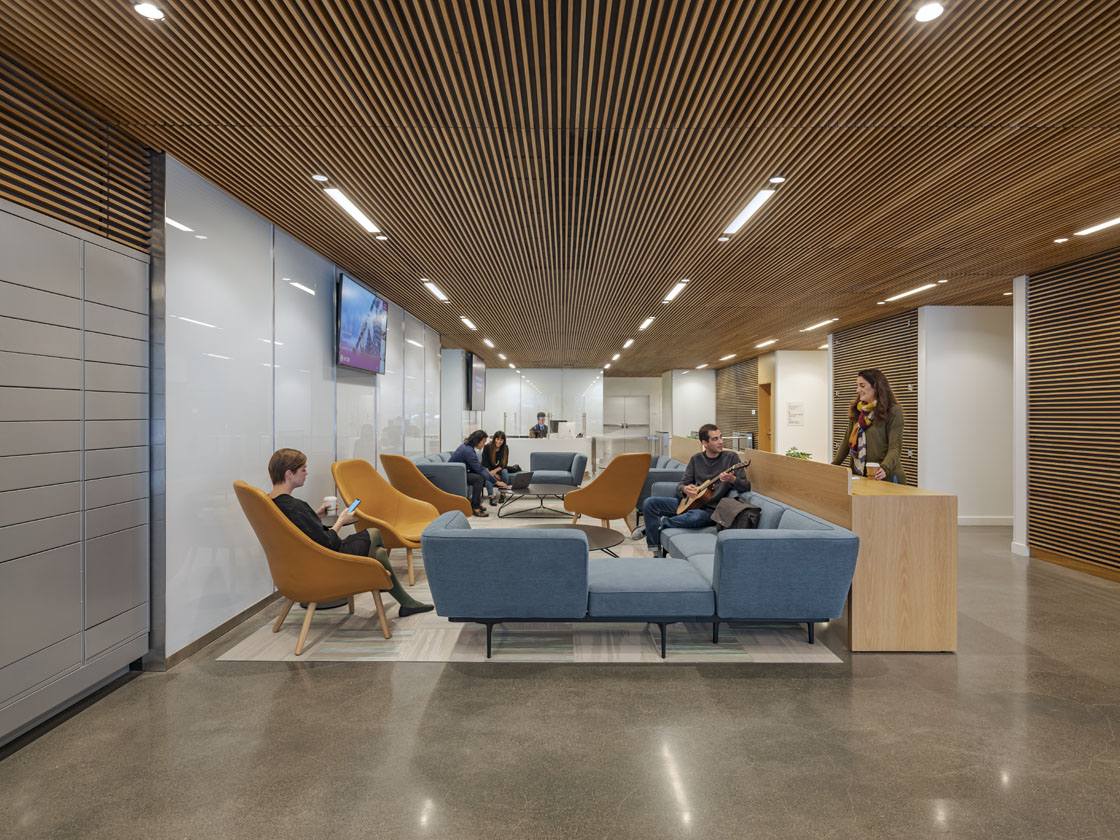 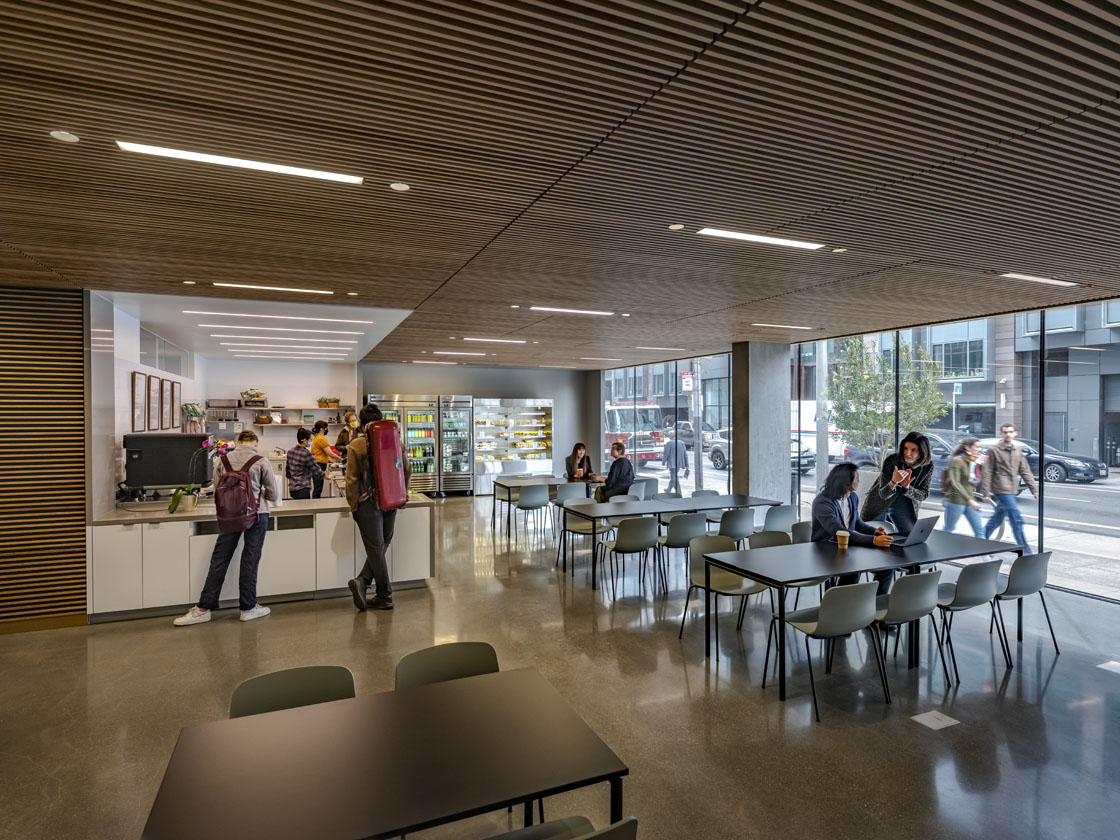 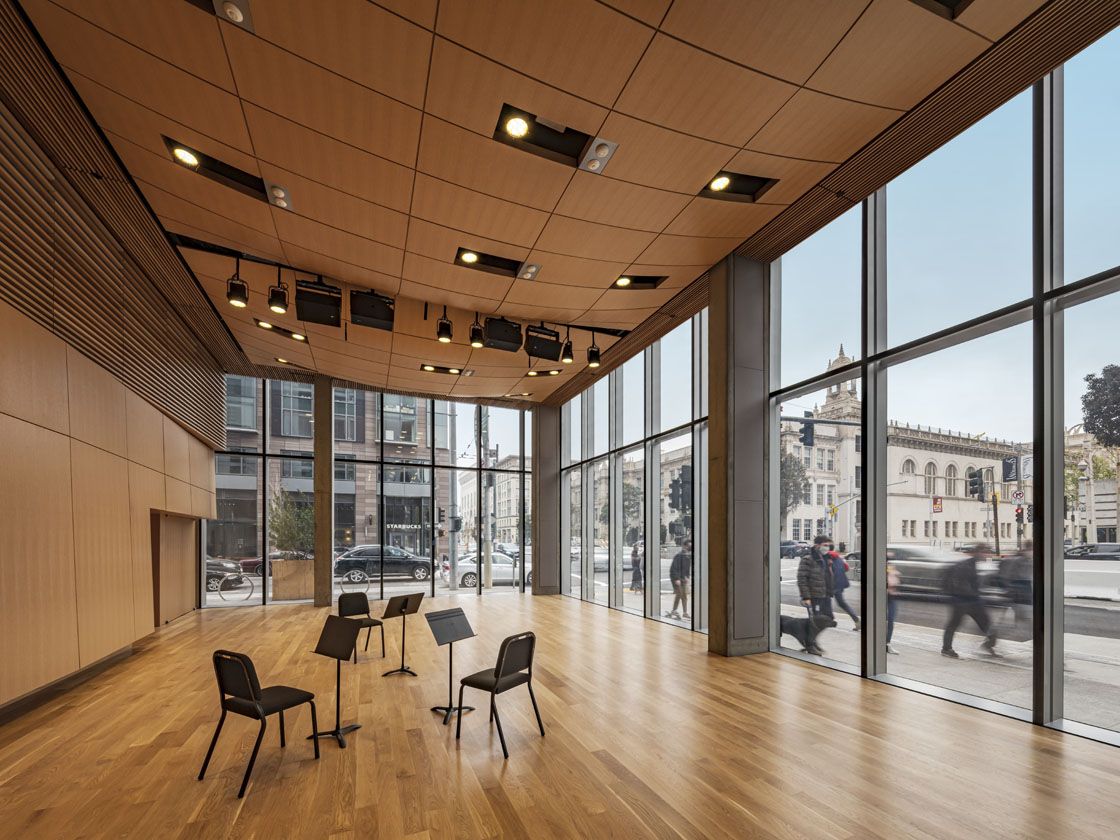 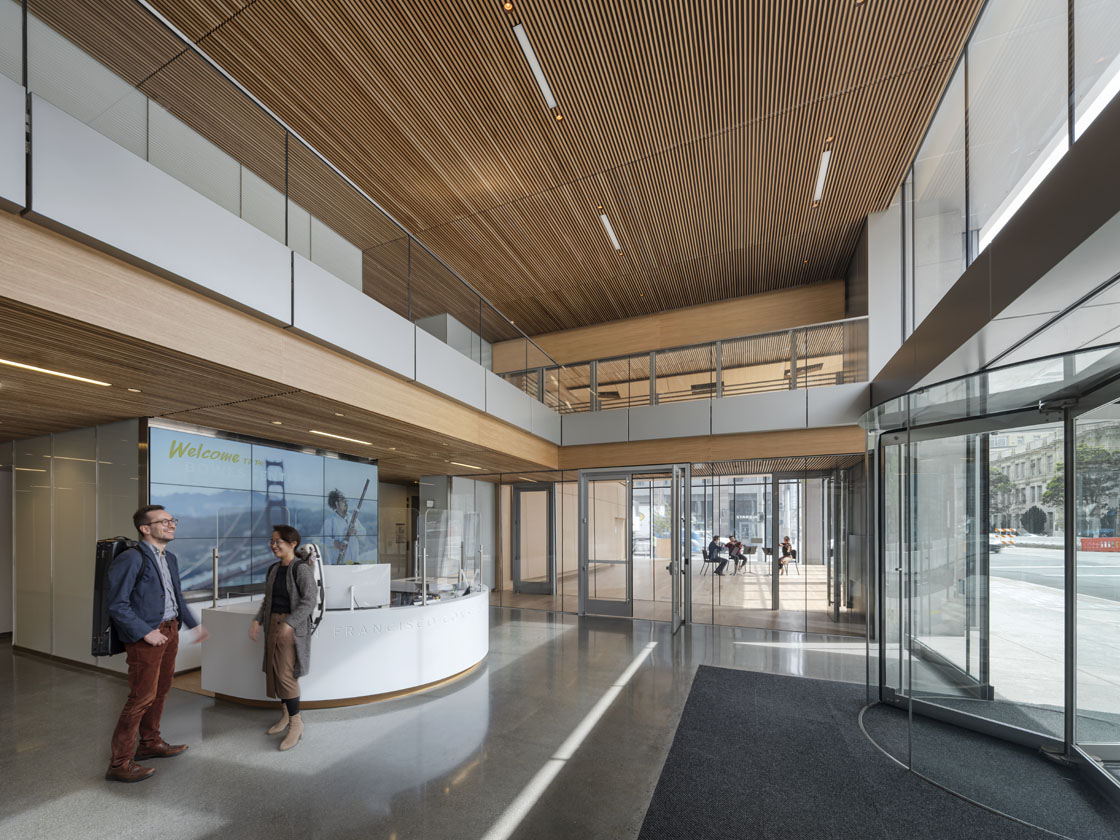 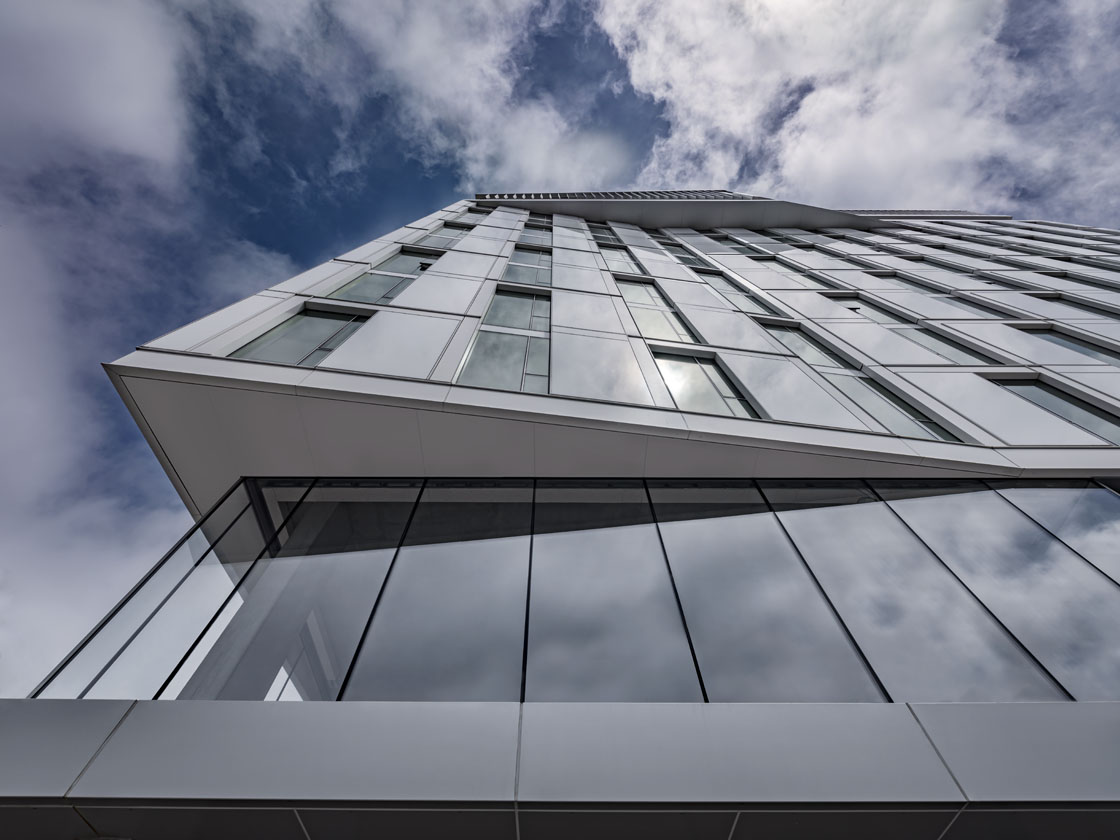 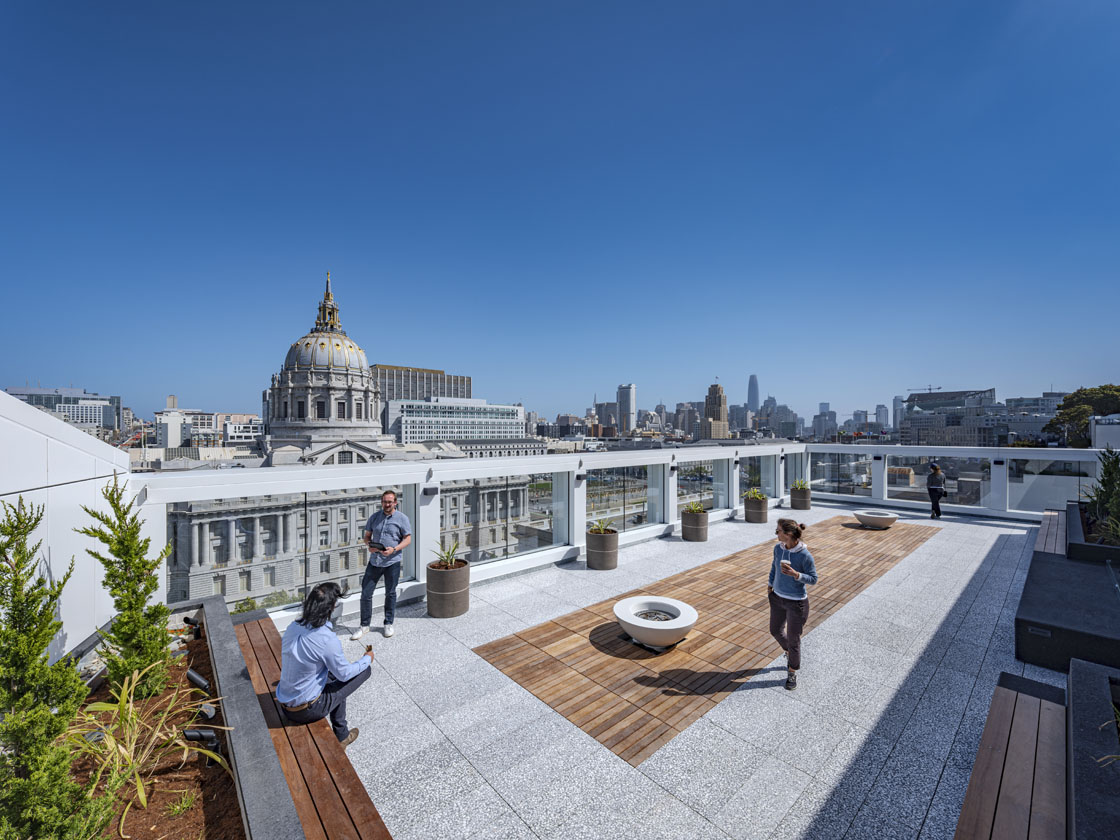 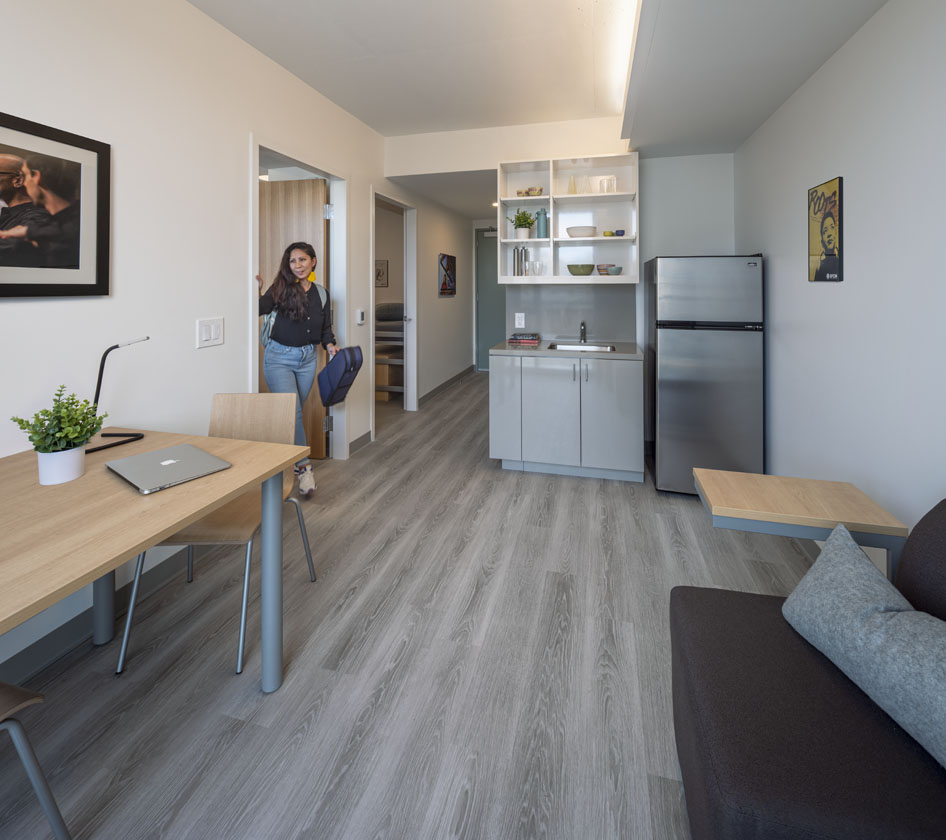 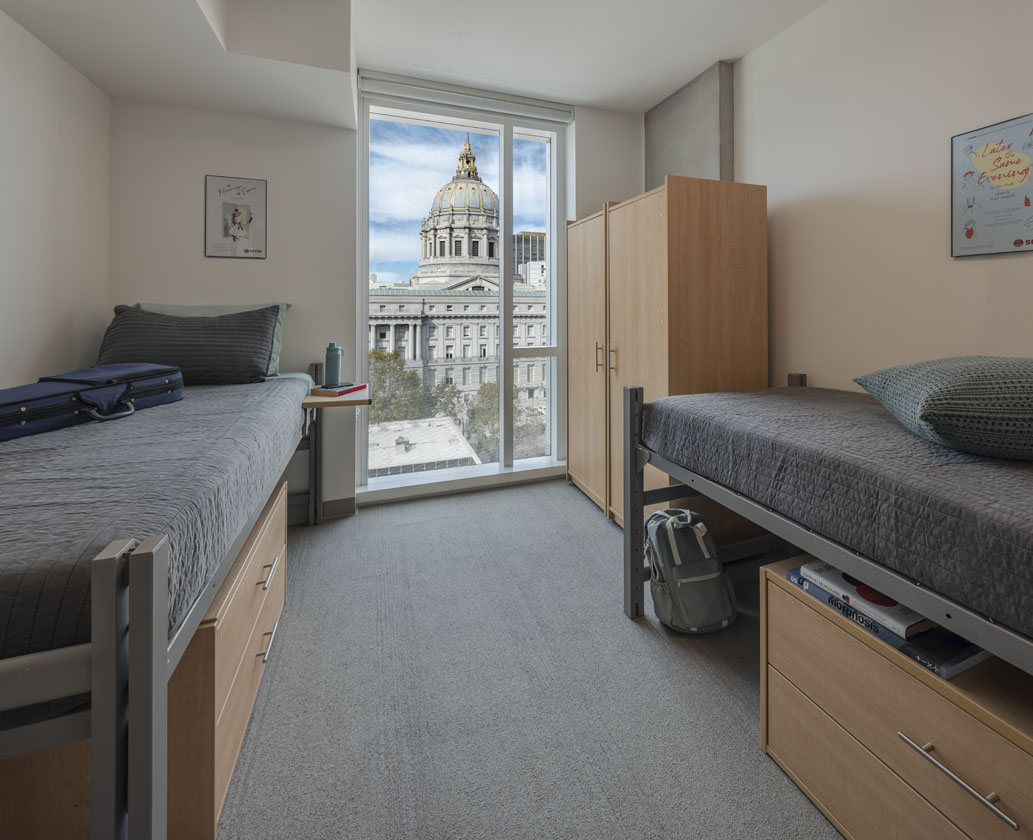 To usher in and nurture the future generation of musical talent while further establishing their identity and presence amongst the nation’s elite music education programs, the San Francisco Conservatory of Music expanded their facilities with a state-of-the-art education, performance, and student housing tower in the heart of the Civic Center district of San Francisco.

The building is located at Hayes & Van Ness Avenue, directly across from Davies Symphony Hall and steps from the SF Opera and City Hall. In addition to the educational and residential components, the building houses three recital halls that offer free concerts to the public. Most significantly, a 180-seat glass enclosed recital hall will crown the building at the upper levels providing dramatic views of the city skyline and the famous SF City Hall dome to the north.

ECB was the development manager for the iconic 120ft tall tower education, performance, and student housing tower at the heart of the Civic Center in San Francisco.

ECB managed the entire design and approval process and served as project manager through construction on behalf of the San Francisco Conservatory of Music.